Skip to content
Home » Mahendra Singh Dhoni Net Worth 2021 in Rupees: All You Need to Know 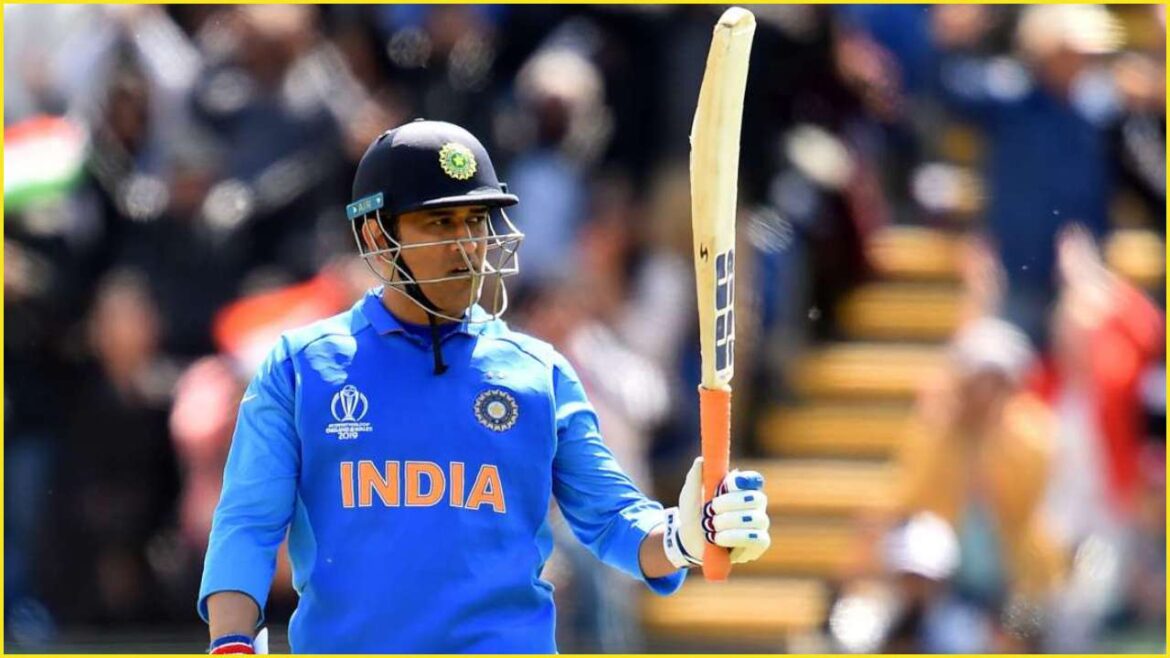 Many years since his maiden game for the national team, Dhoni (Crickbuzz profile) has now become a household name. Owing to his massive fan following, Mahendra Singh Dhoni net worth is among the highest in India. MSD has inspired an entire generation of youngsters, both in India and abroad. He has created a legacy worth its name with his career as a prodigious wicketkeeper-batsman captain.

Known for his calm demeanour, tactical brilliance, and unassuming style, MS Dhoni is more than just a cricketer. He has been a phenomenon both on and off the cricket field. With his contributions spanning over 16 years, the legendary player has earned himself a spot among some of the most loved players.

Dhoni, lovingly called Mahi, emerged to the Indian cricket scene in 2004 as a young 24-year old boy from Ranchi. Having played a few good performances for the India A side, he received his first call for the Indian team. The 2004 series against Bangladesh was his first-ever ODI infamous for the first-ball duck run out.

Today, Dhoni is one of the most popular Indian celebrities. His performance off the field is just as amazing as it is on the field. With numerous brand endorsements under his name, MSD fashions one of the highest net worth in India sports stars.

From his humble beginnings in the then state of Bihar, MS Dhoni rose to fame through sheer talent and hard work. He started as a small-town boy playing in a few local tournaments at the district level. His cricketing career slowly took off with a selection in the Bihar cricket team and later the Jharkhand team. Today, he is a superstar. his net worth speaks volumes about his popularity as well.

Ridden with adversities and a great deal of bad luck, Dhoni’s entry into the national side took some time. However, he introduced himself to the world in style with a smashing 148-run innings against Bangladesh. With this, he also broke the record for the highest-scoring performance by an Indian wicketkeeper-batsman.

One of the earliest achievements came in 2007 at the first-ever T20 tournament. The selectors for the Indian team endowed him with the captaincy of a fairly young and inexperienced lineup. In the absence of some of India’s legends, Dhoni took his side to the finals to face Pakistan.

A nail-biting game ended with India’s victory over their arch-rivals, earning MS Dhoni his first-ever major trophy. That was only the beginning of an MSD’s unparalleled cricketing masterclass! Ever since then, his net worth skyrocketed with major endorsement deal offers.

Following his first successful campaign, he bagged multiple awards. The year 2009 was particularly impressive when he remained at the number one rank in ICC ODI rankings. He was also selected as the captain and wicketkeeper for the ICC World ODI XI team. He was given this accomplishment again for the 2010 and 2013 seasons as well.

MS Dhoni was adjudged as the ICC ODI Player of the Year for two consecutive years in 2008 and 2009. He also received the Rajiv Gandhi Khel Ratna award in 2007. Besides, he was the recipient of Padma Shri and Padma Bhushan in 2009 and 2013 respectively. With these major achievements, his popularity increased and so did Mahendra Singh Dhoni net worth in 2021.

MS Dhoni truly proved his mettle when he brought home the coveted Cricket World Cup after a long wait of 28 years! From picking the perfect lineup to using the cleverest tactics, Dhoni’s career as a captain and a player peaked with this tournament. 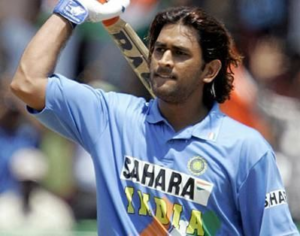 The India squad contained a great balance of experience and youth. The side also faced some of the biggest contenders to the trophy, like Pakistan and Australia. MS Dhoni bagged both wickets and runs throughout the tournament. But his innings in the world cup final against Sri Lanka is forever etched in the hearts of all Indians.

With an unbeaten 91-run performance, Dhoni took India to victory for the first time in a world cup since 1983! Mahendra Singh Dhoni net worth increased manifold times after this big win.

Dhoni did not upset the nation and successfully secured the historic treble. Not only that, but he was also featured as the captain and wicketkeeper for the ICC Team of the Tournament.

MS Dhoni has an endless array of records under his name in all formats of cricket. He has captained the most number of games in all formats. Moreover, he became the first captain to take India to the number one rank in test cricket in 2009. He also holds multiple records as a wicketkeeper and a batsman in the test format.

Besides, MS Dhoni’s 183-run not-out innings against Sri Lanka, his ODI best score, is the highest-scoring performance by a wicketkeeper. He is also the only cricket player to score a century while batting at the number 7 position.

Dhoni rose through the ranks after his impressive performance in 2006. He bagged the number one spot in ICC ODI rankings albeit just for a week. However, that was enough to signal his cricketing genius for the Indian selectors. In the same season, he became a part of ICC’s World ODI XI for the first time.

One of the most heartbreaking moments in MS Dhoni’s career was the 2007 world cup humiliation. India got knocked out in the early group stage after an embarrassing defeat against Bangladesh. Mobs of angry fans pelted stones at Dhoni’s house while burning his effigies as well.

Another crucial moment in Dhoni’s career was his sudden and unexpected retirement from test cricket. The then most successful test captain of India announced his retirement from the test format in the middle of the India-Australia series in 2014.

The legendary cricketer managed to shock his fans once again in January 2017 when he stepped down from captaincy. The announcement came just ahead of India’s home series against England. His retirement from international cricket is also one of the most iconic MSD moments. He took to Instagram to declare himself retired from all cricketing formats on India’s 74th independence day.

Mahendra Singh Dhoni Net Worth in Rupees 2021: Assets and Net Worth

His net worth in 2021 in rupees is Rs. 826 Crores i.e. $110 million. In addition to his salary from the BCCI, MS Dhoni has several brand endorsements as well. As a cricketer, he is among the top three richest players worldwide.

MS Dhoni’s stellar performance on the field has landed him some big deals with multiple brands. Moreover, he has established himself as a popular figure across India. With his long and loving association with the CSK franchise, this man from central India has fans all over the country. This pan-India fan following has not only earned him major endorsements but also helped him make good profits with his own properties and brands.

With a consistent increase of around 32%, net worth, Mahendra Singh Dhoni has been steadily rising. He earns close to $27 million from his endorsements. Besides, his earnings also come from every match he plays under the Chennai Super Kings franchise. Moreover, he is the co-owner of a hockey team as well as a football team. His personal investments also make up for a big chunk of his net worth.

As per his 2016 contract with the BCCI, MS Dhoni’s annual salary is 18 lakhs USD. He will now receive a pension, which is yet to be announced. Besides, he earns a total of Rs. 15 crores from his Indian Premier League club, CSK.

In terms of his personal assets, Hotel Mahi Residency in Jharkhand is a part of Mahendra Singh Dhoni net worth. With this lucrative investment, the former Indian captain has capitalized on the hospitality industry for some big profits. He also owns close to 200 gyms pan India with the name SportsFit. Both these businesses are not very widely known, similar to his own modest and unassertive personality.

One of his most prized possession, however, is his own sportswear brand by the name of SEVEN. Among some other assets owned by the ex-cricketing star, the brand forms a crucial part of his net worth. Launched in the year 2016, SEVEN is an apparel and footwear brand for men, women, and kids.

MS Dhoni fashions a special fondness for bikes. He has a huge collection of some of the most expensive bikes. His bike collection also takes up a big part of his net worth. He owns a Confederate X132 Hellcat worth Rs 60 lakh, to begin with.

Furthermore, he has a Harley-Davidson Fat Boy and a Ducati 1098 2008 Model, collectively cost around 23 lakh rupees. The Kawasaki Ninja ZX-14R, Enfield Machismo, and TVS Apache are some other models that feature in MSD’s 100+-bike collection.

Nevertheless, bikes are not his only passion. The legendary India captain also loves SUVs and cars. He owns the likes of Ferrari 599 GTO, Hummer H2, Audi Q7, GMC Sierra, Land Rover, and many more. Besides, a Rolls Royce Silver Shadow Series I vintage car also features in his stellar collection.

As already mentioned, Mahendra Singh Dhoni net worth is made up of multiple brand endorsements. Dhoni has become a household name in Indian society and his legions of fans have earned him massive endorsement deals. He is an icon of the game and several brands count on his fame for their marketing.

The 39-year old shares an association with a gaming platform like Dream11 and Pokerstars while endorsing online service apps like redbus and cars24. He is also the ambassador for the luxury brand Panerai. Besides, he is a part of the Indigo Paints brand as well.

Apart from these, names like Gulf Oil and Ashok Leyland also sponsor the CSK franchise. Sports companies like Spartan Sports and Reebok feature MSD as their brand ambassador.

Mahendra Singh Dhoni’s total brand value is worth $41 million as of 2020. His fees per shoot are around Rs 1.5 crores.

A big part of Mahendra Singh Dhoni net worth also comes from his biopic viz. MS Dhoni: The Untold Story. A movie that came out in 2016, it depicted the story of MS Dhoni’s rise from a small-town boy to a world-famous cricketer. From the outset of the movie, the project funneled a good deal of money for the player.

Although unknown, the player made some big earnings from the rights of his story. Besides, he was also paid heftily for the post-production promotional events.

Aside from his cricketing masterclass, MS Dhoni is a complete sportsman. He loves football, hockey, racing, and many more sports in addition to his profession. This love is evident in his ownership of multiple sports teams in various domestic leagues.

The former India captain shares a close relationship with football and a deep love for the sport. This justifies hos co-ownership of the Indian Super League side from the south, Chennaiyin FC. He is one of the co-owners of the team along with the Bollywood star, Abhishek Bachchan. He earns a sizeable profit from his stakes in the football franchise.

Besides, his adoration for bikes is also evident in his ownership of a motor racing team. This team participates in the Supersport World Championship. He is a co-owner of this team along with a South Indian celebrity, Akkineni Nagarjuna.

On top of this, MSD also owns a hockey team by the name of Ranchi Rays. The 39-year old enjoys the co-ownership of this Ranchi-based sports franchise. Collectively, these sports teams make up for a great share of Mahendra Singh Dhoni net worth.

Our other interesting stories

Rohit Sharma Net Worth (2020): Extensive Monetary Details about the Cricketer

Roger Federer Net Worth (2020): All You Need to Know About the Swiss Maestro

Diljit Dosanjh Net Worth (2021) in Rupees: Complete Details about the Singer’s Worth